Tap to make ripples!
In quantum physics, waves are everywhere. Click or tap above to create a wave, and watch as it travels outward from a central point. When two waves overlap, they interfere and either add together or cancel each other out—an effect called superposition.

Every time you strum a guitar and hear the harmony of chord, you’re experiencing the teamwork of waves. The sounds from each string join forces as they make their way to your ear. A similar thing happens on the surface of a pond after tossing in a handful of pebbles---the ripples overlap and mix together on their journey toward the shore. 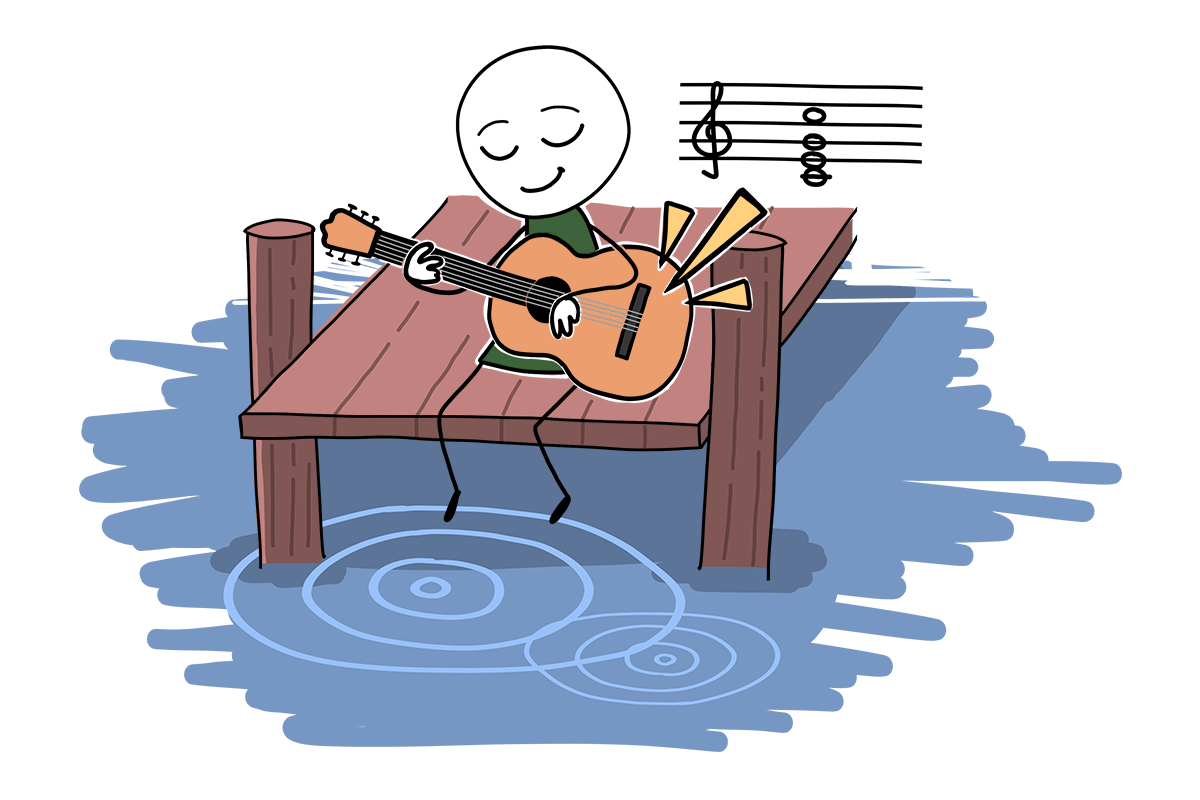 Sound waves and water waves both participate in superposition, a point-by-point sum of individual waves that yields a new wave.

These two situations share a common feature: Overlapping waves combine, blending their undulations together by addition. The result, called a superposition, is just a point-by-point sum of individual waves that yields a new wave.

Atoms, electrons and many other inhabitants of the quantum world can be described by waves. But these waves don’t represent the movements of physical things like water or air. Rather, their rolling peaks and valleys represent the probability that a quantum property like position or energy will have a certain value when it’s measured. 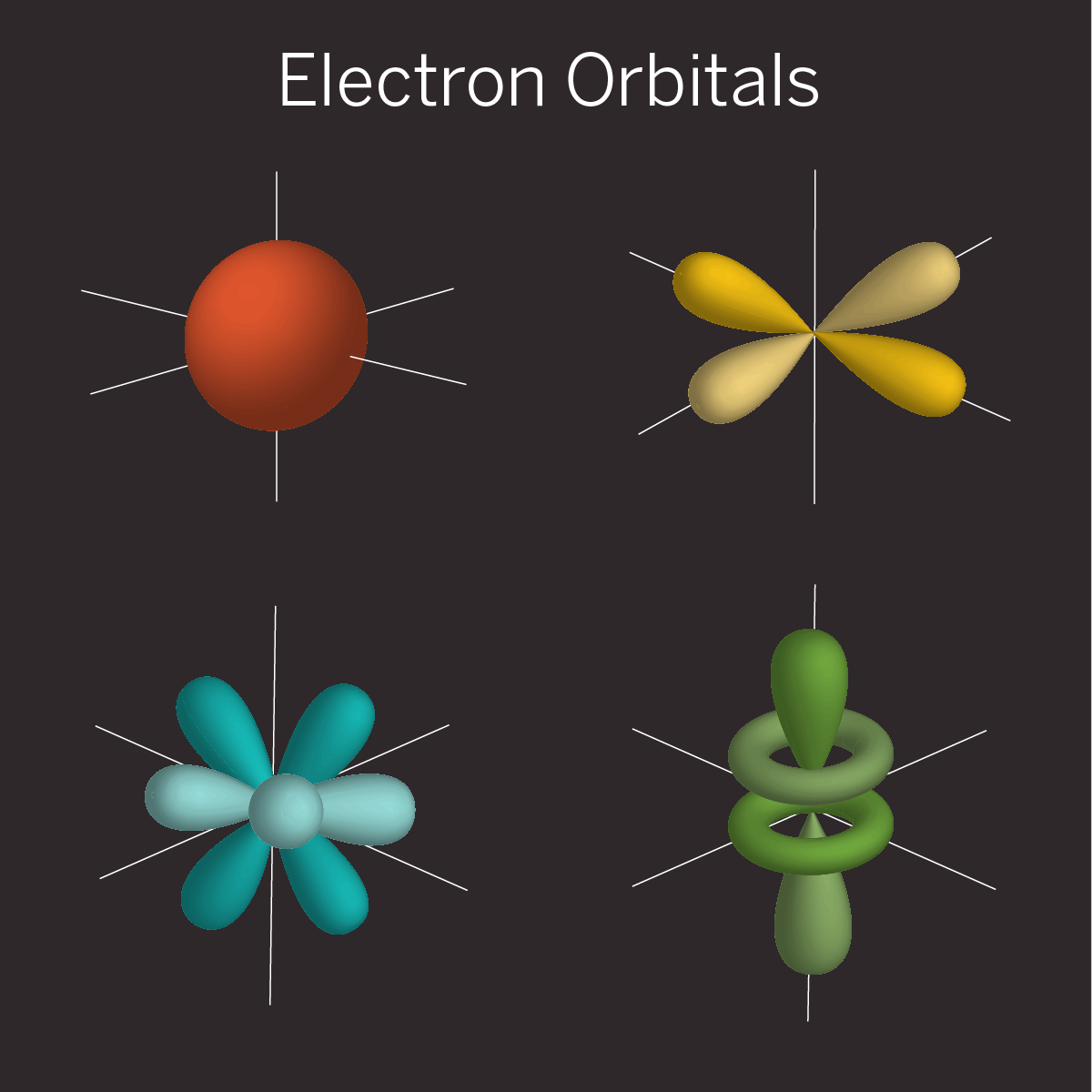 An electron in an atom gets smeared out into a cloud of possibilities known as an orbital.

For example, an electron orbiting an atom doesn’t sit at a definite point in space like the Earth does as it orbits the sun. Rather, it gets smeared out into a cloud of possibilities called an orbital. That orbital cloud is really a three-dimensional quantum wave, with peaks and valleys that fluctuate in time and represent the chance of finding an electron at a particular spot.

The shape of this wave changes depending on the electron’s energy. It’s possible to create a superposition in which two quantum waves---representing two electron energy levels---get added together, which leads to a new pattern of peaks and valleys. This changes where the electron is most likely to be found and can affect the physical properties of an atom.

Steve Rolston, the chair of the Department of Physics at the University of Maryland, explains why quantum superposition is missing from our everyday experience.

In some situations, superposition can seem incomprehensibly weird, like plopping an apple next to an orange and calling the pair a banana, but it’s very real.

Nowhere is this more apparent than in a standard quantum experiment. In it, a beam of individual electrons (or other quantum particles) is fired one after another at a barrier containing two narrow slits. On the other side of the slits, a sensitive detector registers where an electron struck.

If electrons behave like particles---imagine tiny billiard balls---you would expect to see a pattern of two clusters at the detector, with one cluster behind each slit. Instead, the detector records an interference pattern, as though each electron traveled through the two slits as a wave.

Particles will either pass through one slit or the other, creating two distinct clusters on the screen behind.

It's an experiment that challenges intuition, but quantum physics explains what's going on. The two slits expose the wavelike behavior of individual electrons by channeling each of them into a quantum superposition of "went through the left slit" and "went through the right slit." The wave patterns emanating from the two slits interfere with each other, ultimately yielding the pattern on the detector.

Particles will either pass through one slit or the other, creating two distinct clusters on the screen behind.
Additional Resources

This animation shows real experimental data from a double-slit experiment with electrons. In it individual electrons hit a screen, ultimately building up an interference pattern. If the electrons were merely particles, there would be no such pattern. (This image is adapted from a video licensed under the Creative Commons Attribution 3.0 Unported license.)