It's more about a particle's identity than its merry-go-round motion.

Quantum particles have a quirky property called spin, which, as it turns out, has almost nothing to do with things like a bicycle wheel or the Earth spinning around an axis.

The name "spin" derives from an early and quite reasonable explanation for an unusual observation: Quantum particles, such as electrons, behave like miniature magnets. At the time, physicists knew that the motion of electrically charged objects produced north and south magnetic poles. From this, they concluded that quantum particles must also be spinning. 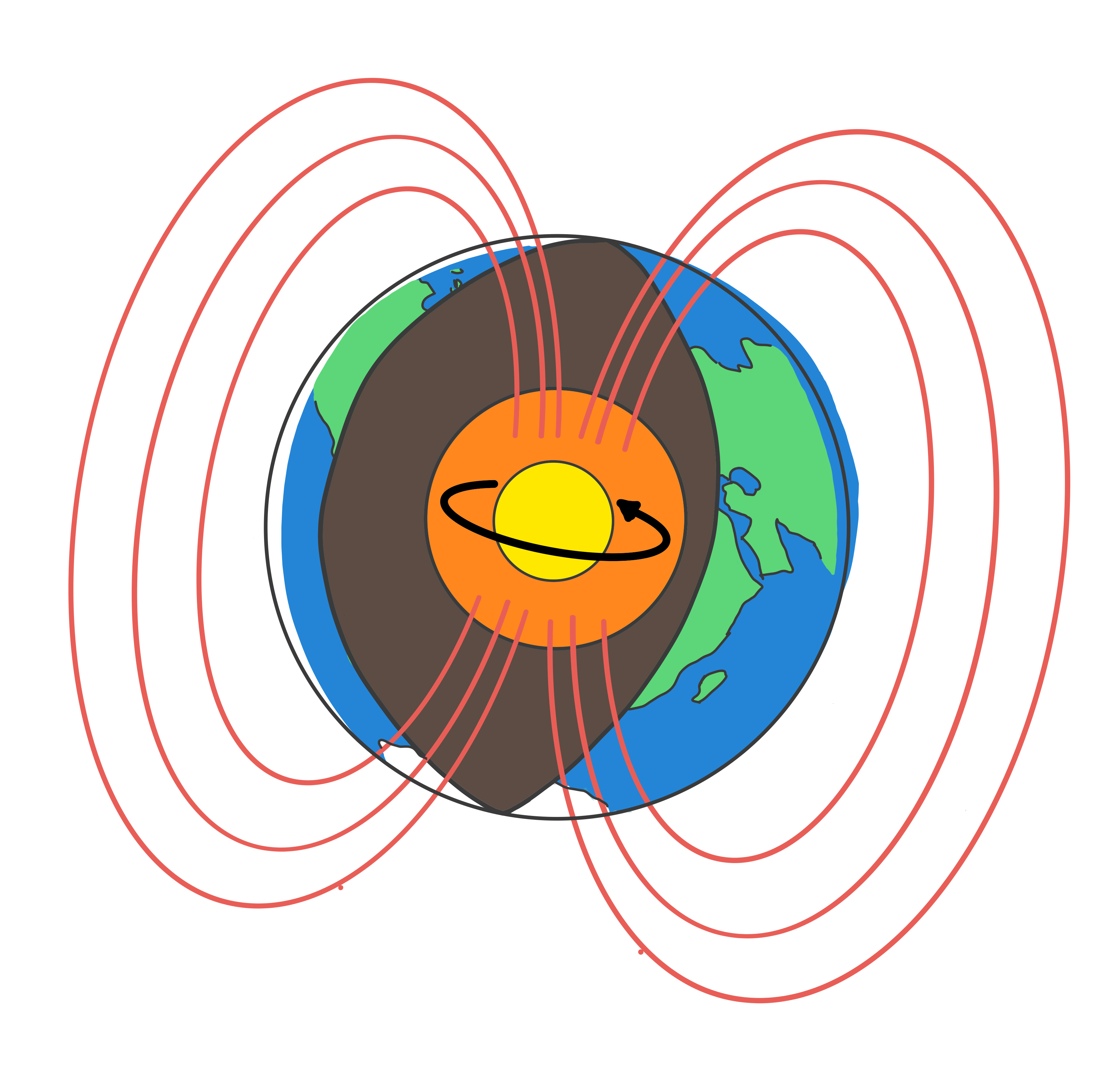 Quantum spin got its name because of the relationship between moving electrical charges and magnetic fields, as in the earth's core.

This turned out to be wrong. For one thing, physicists soon determined that an electron would have to be spinning much faster than the speed of light (not allowed in this cosmos) to produce the effects they were seeing. For another, it seems that an electron has no actual size. It’s a dimensionless "point particle," with no observed structure down to a billionth of a billionth of a meter. Without structure, what does it even mean to spin on an axis? Weirder still, we now know that electrically neutral particles, such as neutrons, also have spin.

The Stern-Gerlach Experiment
Originally performed in 1922, the Stern-Gerlach experiment provided scientists with the first hint that quantum particles had an unrecognized kind of magnetism. In the experiment, researchers fired silver atoms through a magnetic field and measured where they landed on a screen. While an ordinary magnet could end up anywhere (depending on its strength and orientation), the atoms only showed up at two discrete spots. Below is a simulation of the experiment that allows you to choose what to send through the two magnets from source to target.
1. Choose a source particle:
Magnet
Spin up
Spin down
Superposition
2. Select the number of times to perform the experiment:
3.

In fact, spin is an intrinsic property of all quantum particles—not just neutrons and electrons. It provides a way to categorize quantum stuff, like how we lump living things together into families and phyla according to their common characteristics. The catch is that non-quantum objects do not have this property—which makes it difficult to find a familiar analog.

Jimmy Williams, an assistant professor of physics at the University of Maryland, explains the Stern-Gerlach experiment and how spin is tied to the birth of quantum physics.

Like many things in the quantum world, spin is quantized, which means that the spin of a particle is limited to particular values—0, 1/2, 1 and 3/2 are fine, but 1.349 is not. The allowed values separate every particle in the universe into two categories, depending on whether their spin is an integer like 1 or a half-integer like 1/2. You’re either a boson or a fermion. There are no other options.

Spin separates every particle in the universe into two categories, depending on whether their spin is an integer like 1 (bosons) or a half-integer like 1/2 (fermions).

Bosons, the particles with integer spins, convey forces. The photon, for example, actually transmits the force between two electrical charges. A key property of bosons is that any number of them can share the same quantum properties in the same place at the same time. That’s why laser beams don’t push each other out of the way: The photons that comprise them are happy to pass through one another without a thought.

It’s a different story for half-integer spin particles, such as electrons, which belong to the family of fermions. They are the basic components of matter—they make up all the stuff in the universe—and they follow very different rules. Nature prohibits fermions with identical properties from being at the same place at the same time.

This quantum restraining order, known as the Pauli exclusion principle, enforces a rule on the electrons bound to an atom: No two can orbit the nucleus of an atom in precisely the same way. This rule has far-reaching consequences in physics and astrophysics, but its importance extends into chemistry and beyond. The reluctance of electrons to share the same quantum properties is the reason for the structure of the periodic table of elements.

Spin has an orientation that reveals itself when a particle encounters a magnetic field. So if you send an electron through a magnetic field and measure its spin, you’ll find that you only ever get one of two results. Physicists call these "spin up" and "spin down," where "up" and "down" are directions defined by the magnetic field (like the one used to deflect spins in the Stern-Gerlach interactive above). Electron spins will always end up pointing either up or down after a measurement—never at some angle in between.

Spin may seem more abstract than familiar properties like mass, but it has many real-world applications. For example, it’s largely responsible for the success of magnetic resonance imaging (MRI). The human body is mostly water, which means it is full of hydrogen. The protons at the center of a hydrogen atom are fermions with half-integer spin. When a strong magnetic field is applied to a patient inside an MRI machine, proton spins in the patient’s body react by aligning with the field. Then, pulses of radio-frequency waves are sent through the body, altering the spins. Between pulses, the spins relax back to their original alignment. During this process, the spins release a signal that is collected and used to build up an image. 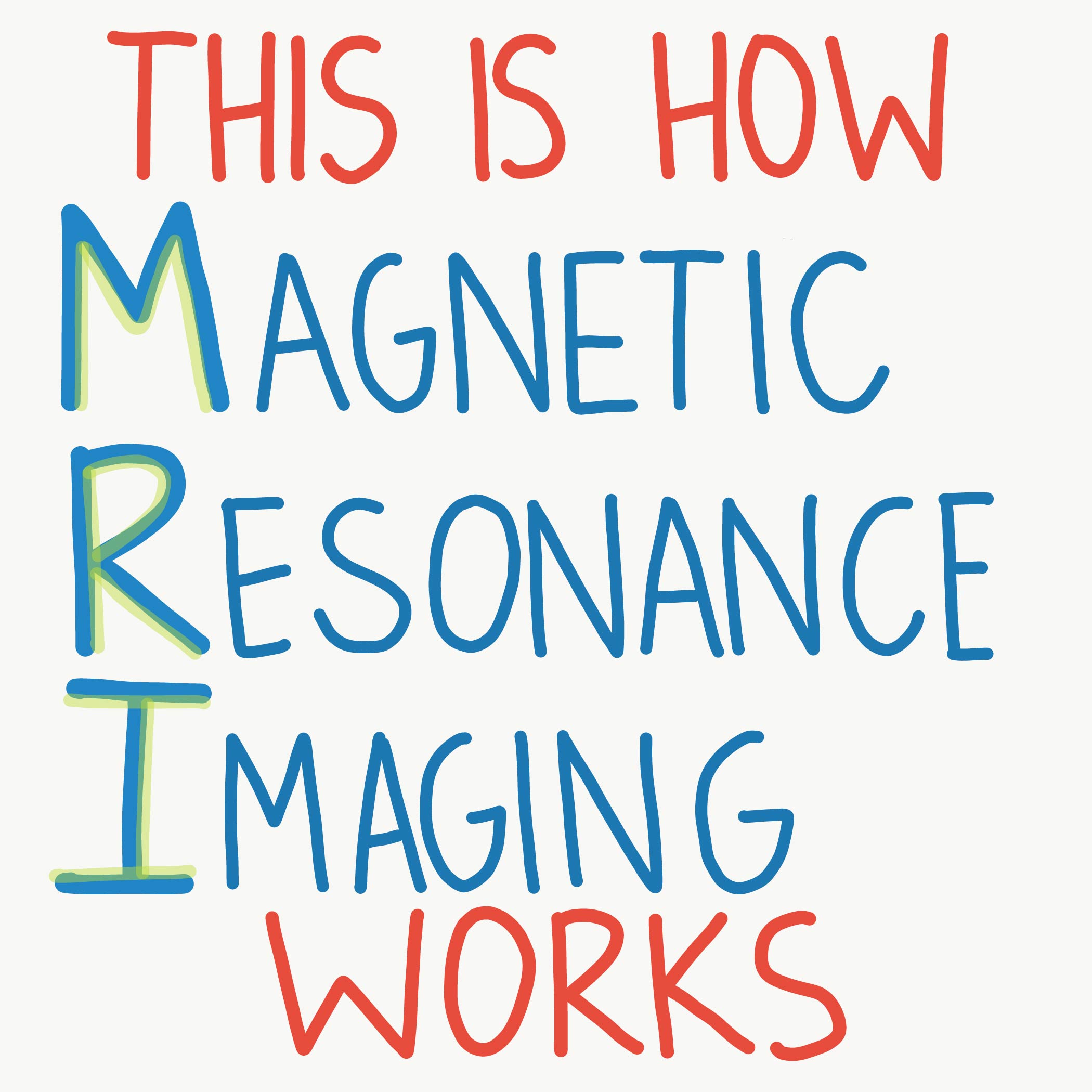 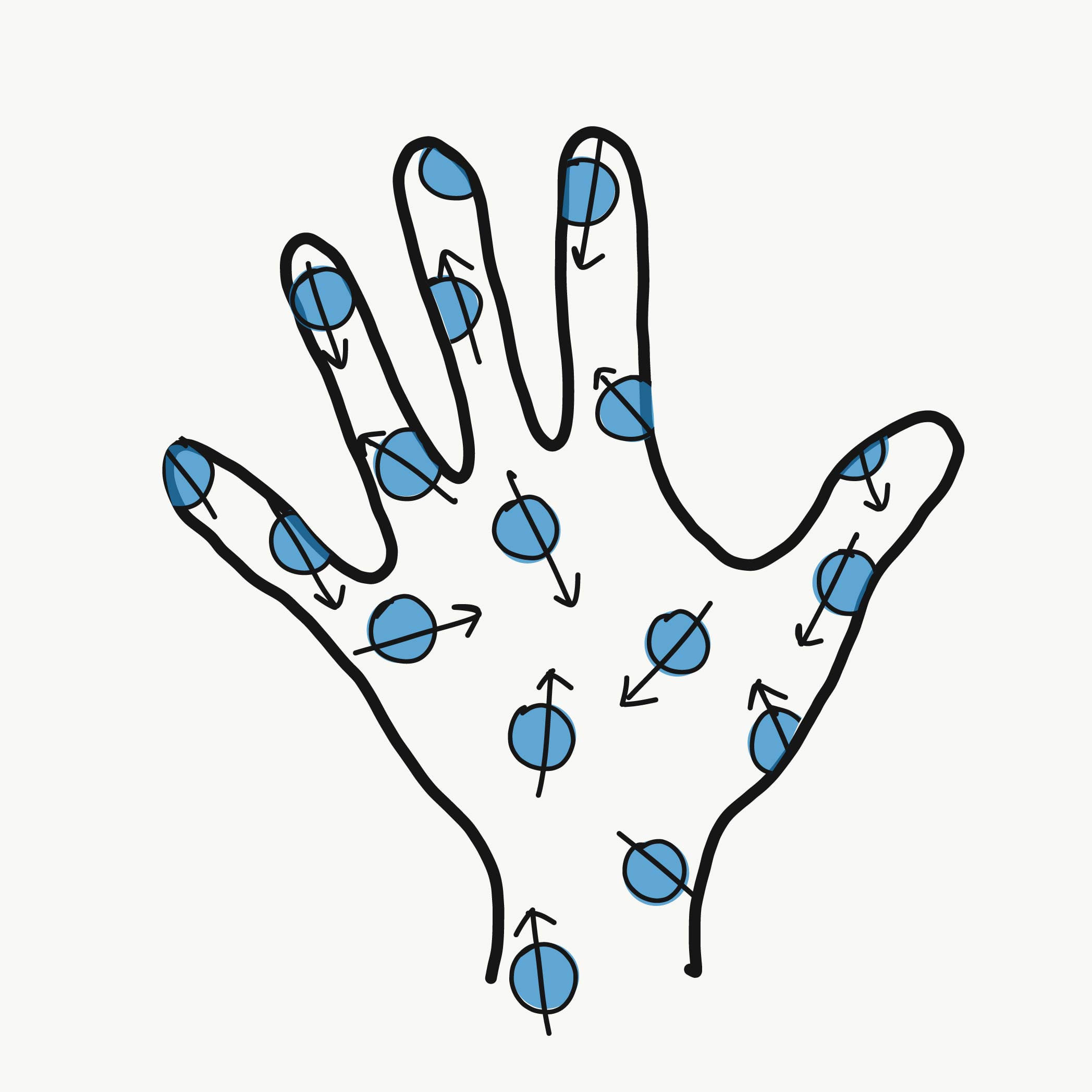 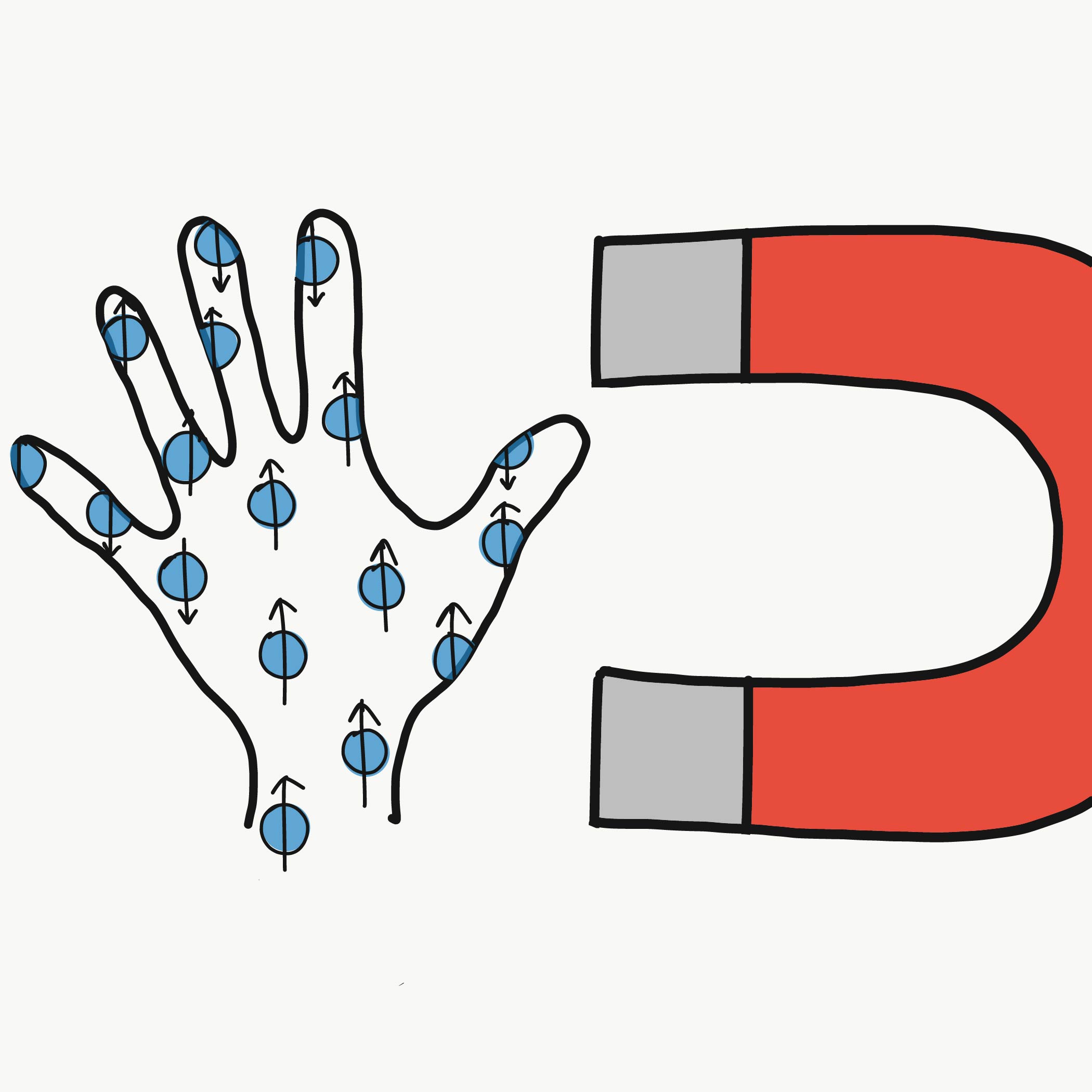 A powerful magnet aligns the spins. 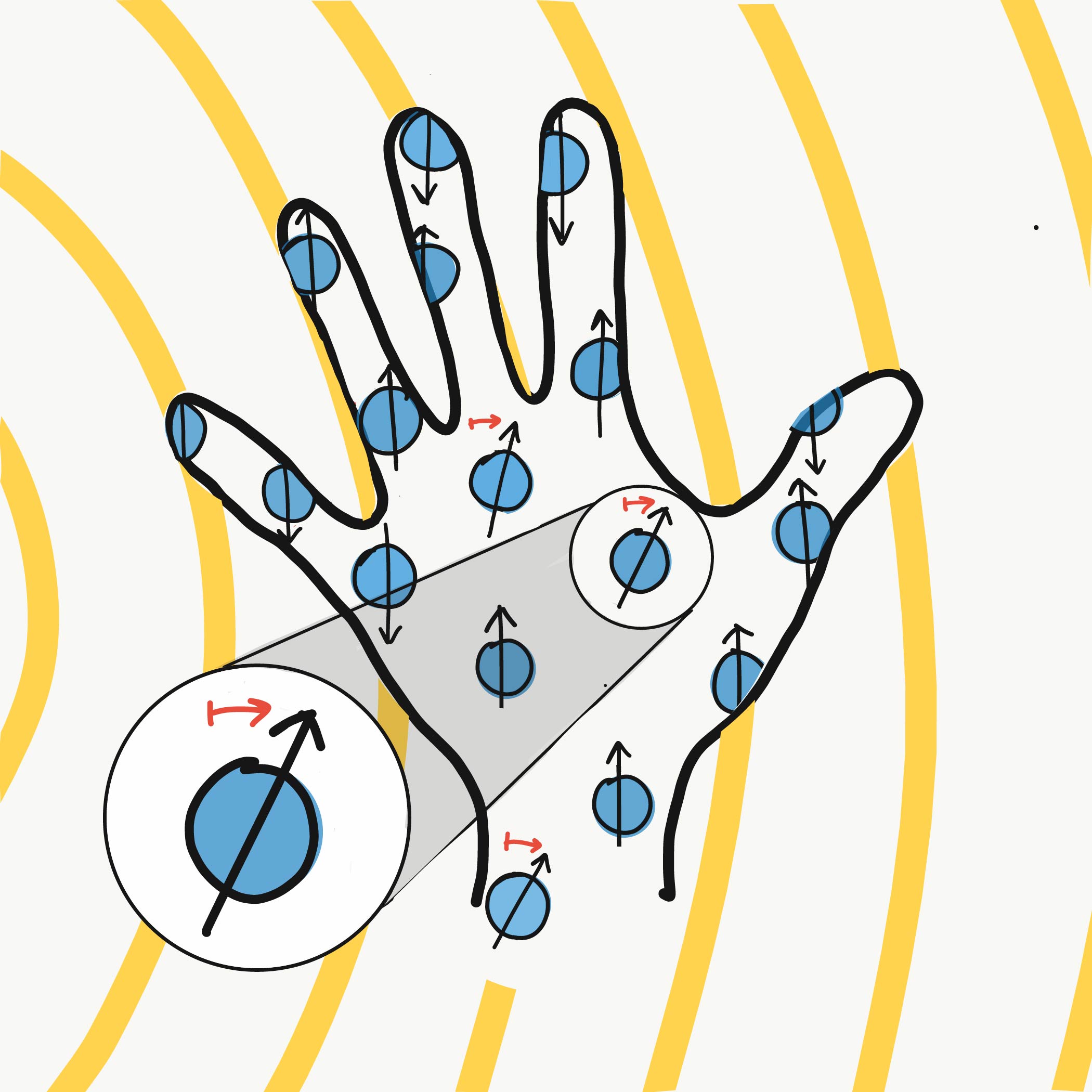 Radio-frequency pulses cause some spins to rotate. 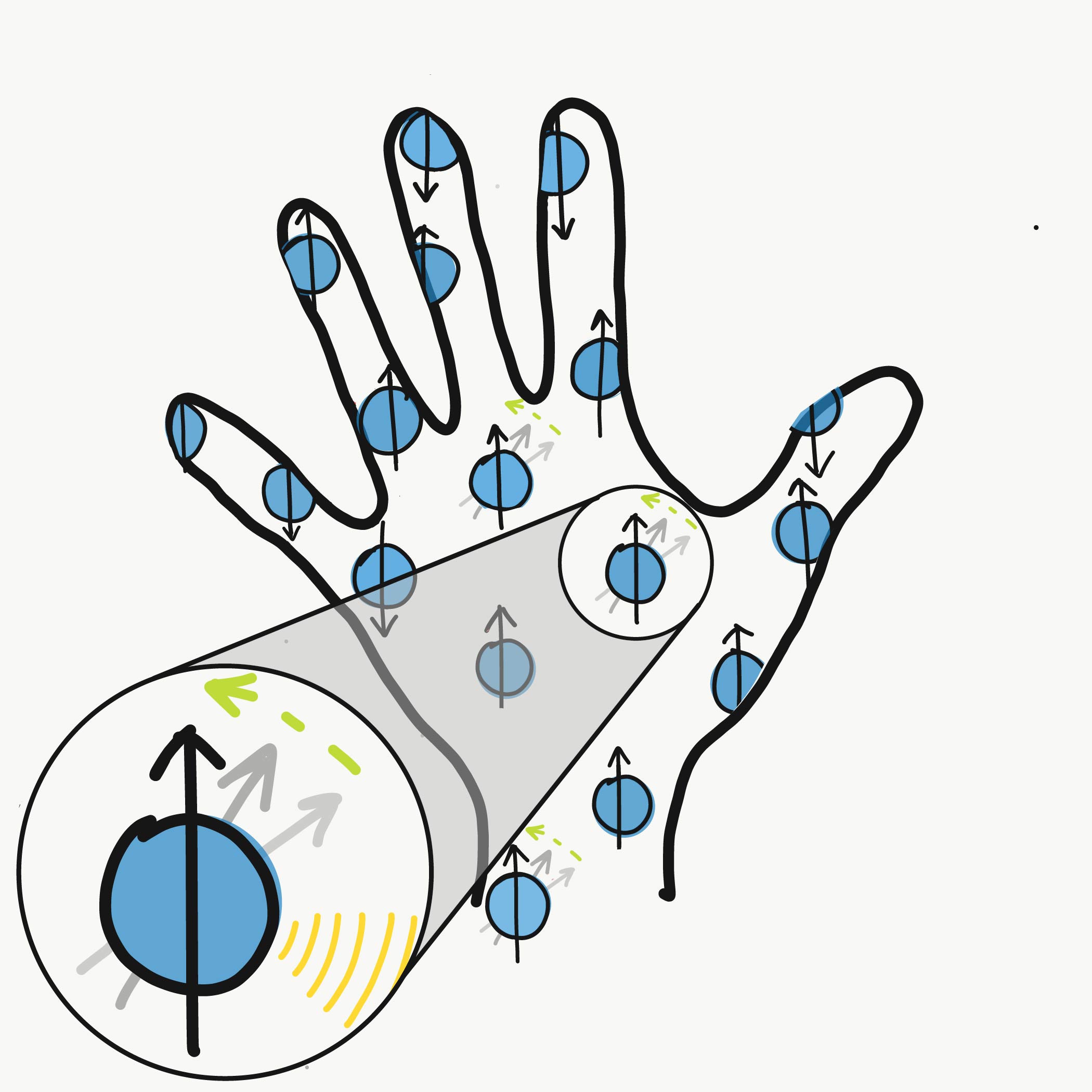 After the pulse, these spins relax back to their original orientations, emitting signals. 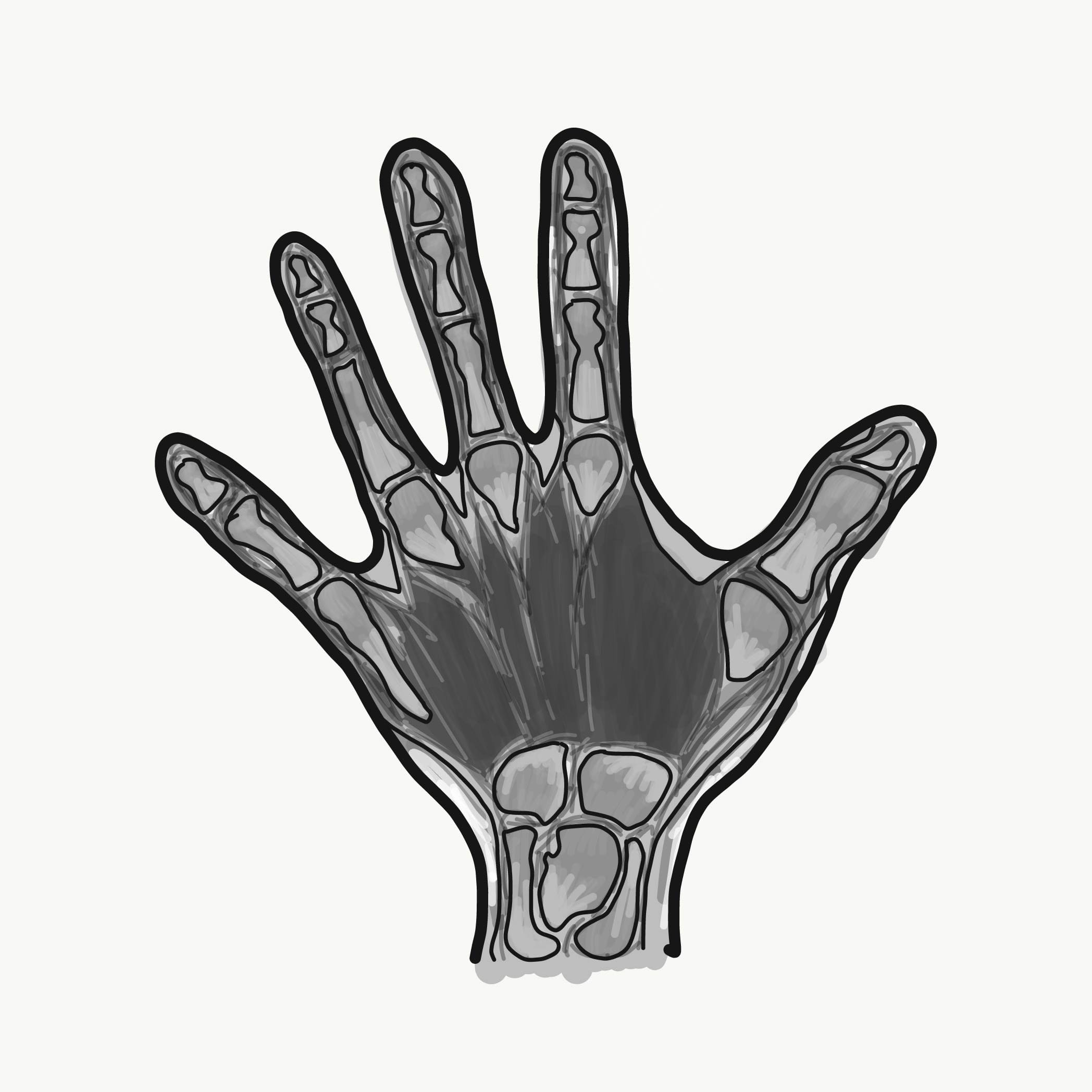 The signals are collected and processed to create an image.