In 1905, Einstein had an idea: maybe light travels in discrete bunches of energy. This helped explain the photoelectric effect, in which a higher frequency (related to the color of light), but not a higher brightness (the amount of light), liberated electrons from a metal. Play around with the slider above to find the color that frees electrons and turns on the lightbulb.

Light is a curious thing. From the ancient Greeks through to Isaac Newton and, more recently, Albert Einstein, people have puzzled over the nature of light for thousands of years. Throughout that time, two competing theories battled to answer a seemingly simple question: Is light a wave or is it instead composed of tiny particles? The answer, ultimately offered by quantum physics when it burst onto the scene in the 20th century, was: “It’s kind of both.”

On the particle side, we now know that light (which includes radio transmissions, sunlight, microwaves and even x-rays) is made from bundles of energy called photons. One photon is the smallest flicker of light allowed, meaning that a single photon can’t be divided any further. Photons also have some characteristic properties—the red part of a rainbow will have photons that carry a different frequency than the blue part, for instance—but all photons share some things in common.

For one, photons have no electric charge. This means that you can’t deflect them with an electric field or bend them with magnets. And second (and perhaps most famously), they’re the fastest travelers in the universe. They zip around at, um, the speed of light—a saturation of the universe’s ultimate speed achieved only by particles without any mass.

This speediness and insensitivity to electric and magnetic fields makes photons excellent messengers. Astronomers use big telescopes to capture light and learn about distant stars and galaxies, assured that photons can reach their instruments uncorrupted. Quantum physicists use photons to manipulate atoms and read off their responses, one potential recipe for building a quantum computer. Photons could even be used to connect quantum computers together into a larger network, similar to how they are used in modern fiber optic communications.

There are some other ways that photons act like particles, too. For one, they seem to transfer energy like particles. Take solar panels, which can turn light into an electric current. As we understand it now, solar panels work by absorbing the energy of photons and spitting out electrons. If a panel absorbs enough photons (if it’s in bright enough sunlight), all those electrons can be drawn on to produce a voltage, just like a battery, and drive a current through an electric circuit. (There’s a name for this luminous liberation of electrons. It’s called the photoelectric effect, and it’s explained in more detail in our comic below.) 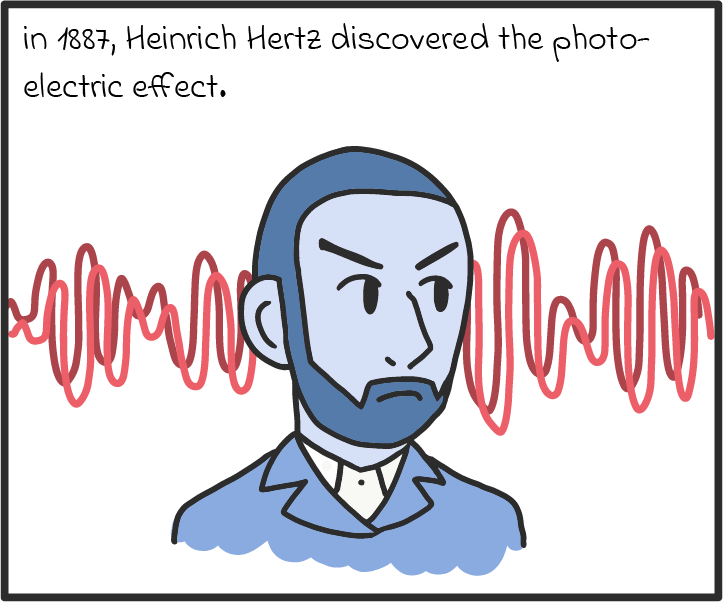 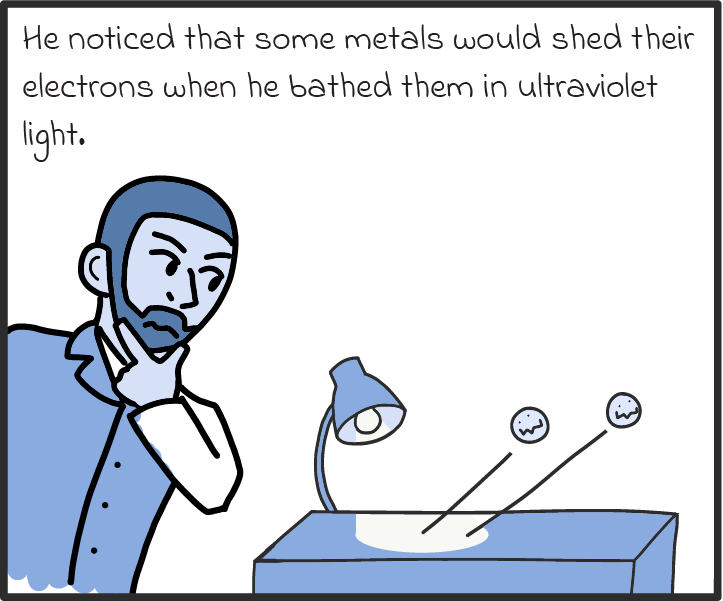 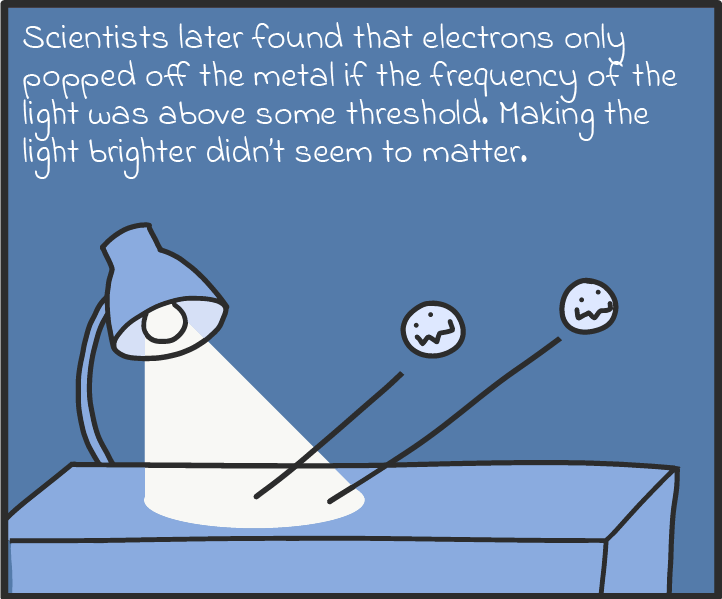 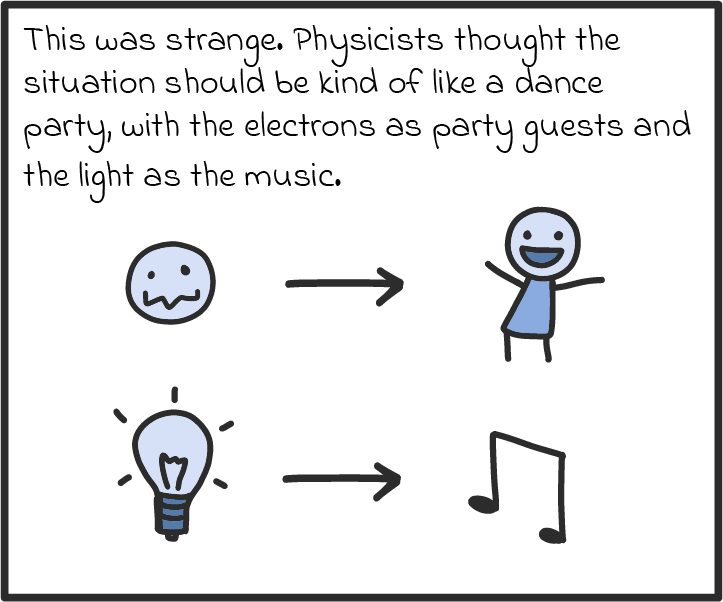 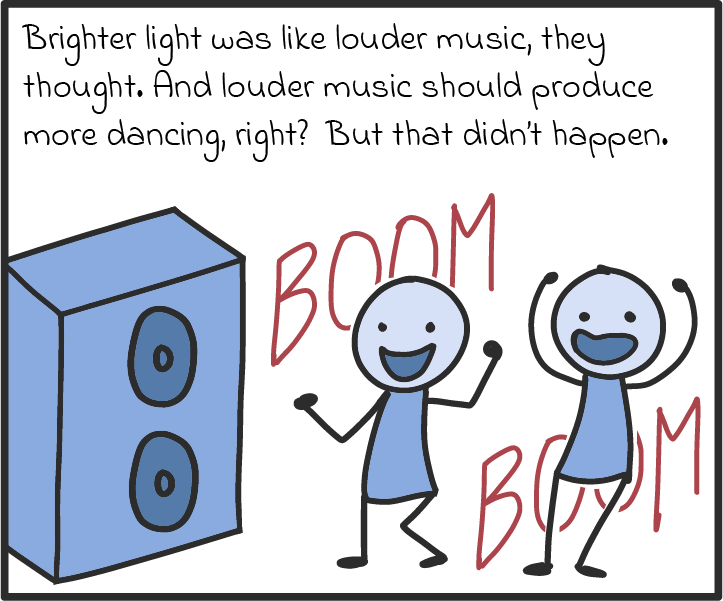 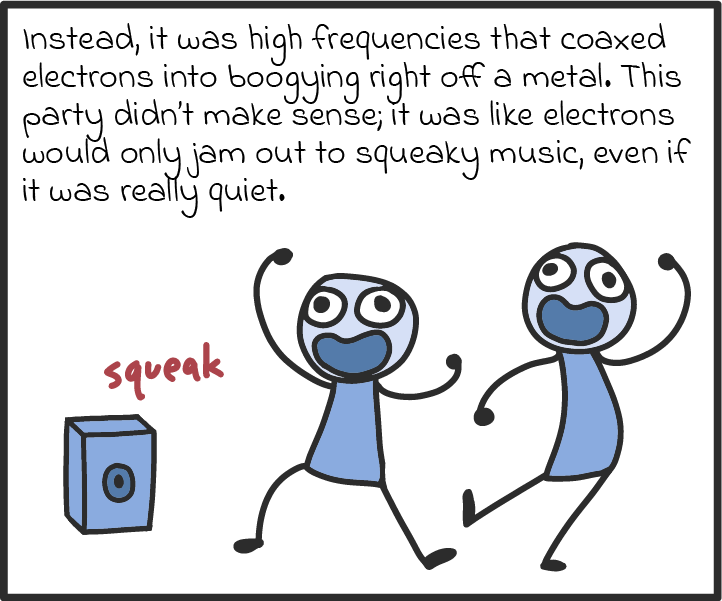 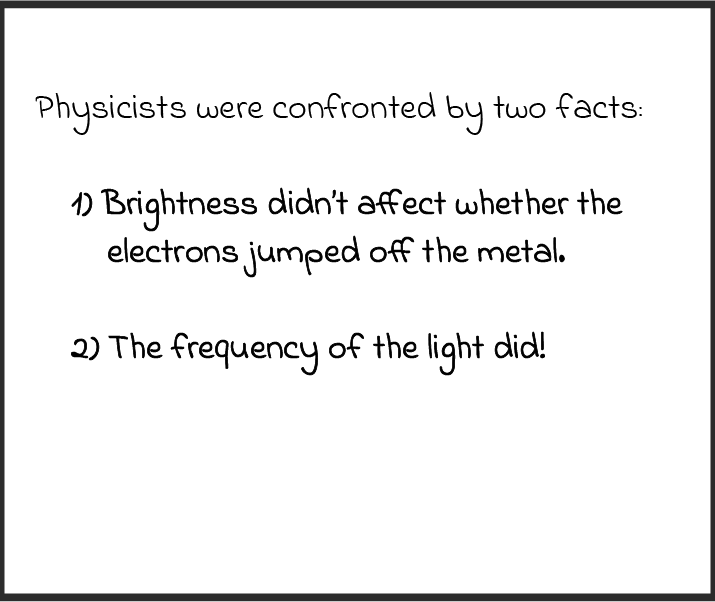 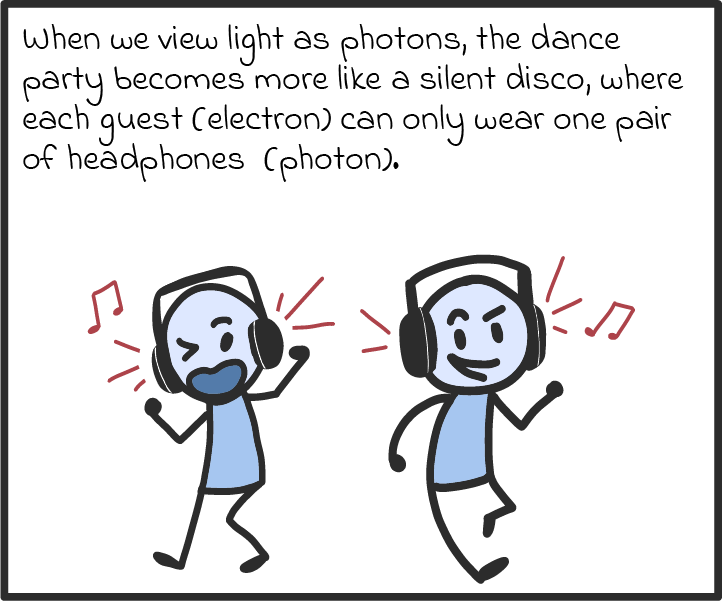 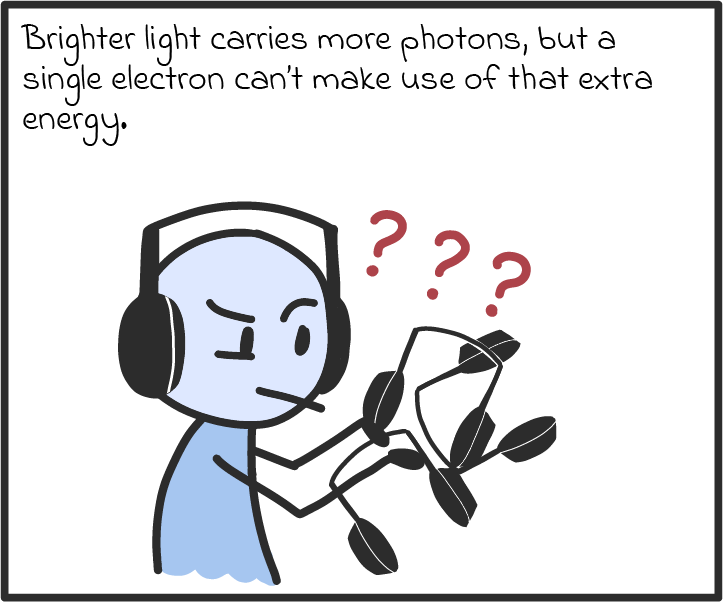 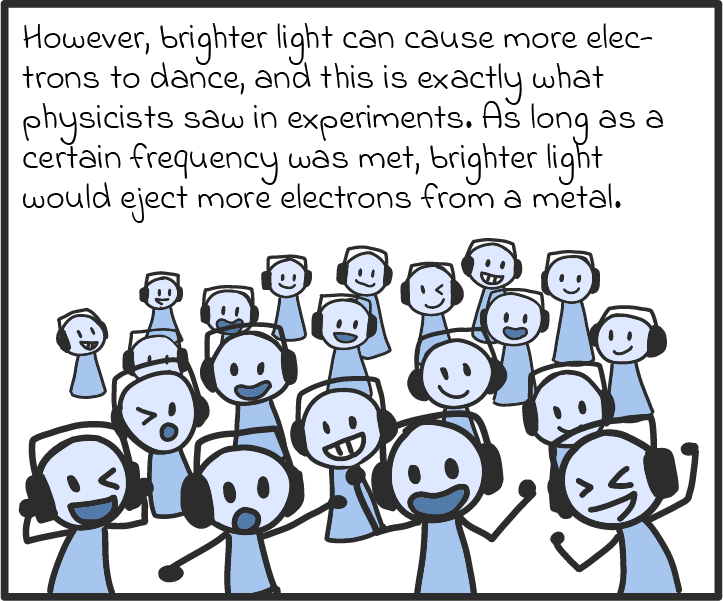 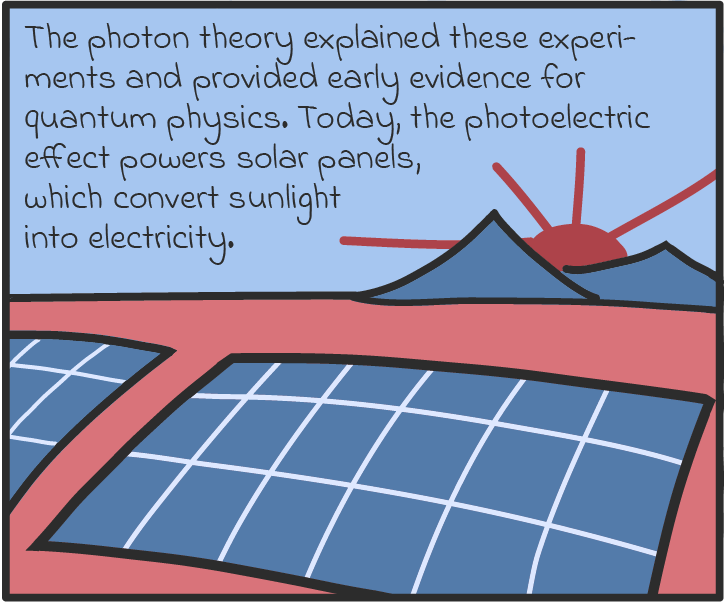 Solar panels aren’t the only things that will absorb photons. Single atoms can absorb energy from a photon and store it in an electron—but only if the photon carries just the right amount of energy to match the difference between two quantized energy levels in the atom. Later, the electron can give up the energy, falling down to a lower level and emitting a photon whose energy matches the difference between the two levels. The energy of a photon is directly related to its frequency, which, as we mentioned earlier, is what determines its color.

Absorbed and emitted photons can reveal key information about the state of an atom and its electrons, and examining this light is a common way for atomic physicists to measure and manipulate atoms. Understanding the interactions between light (photons) and matter (atoms) has already yielded practical benefits: It’s led to the creation of things like lasers, in which atoms stimulated by a particular kind of light team up to emit a stream of photons with the same color. And hopefully we don’t have to explain why lasers are cool.

Is he Bruce Wayne or Batman? Well, he's both. It really depends on when you ask the question.

Like all citizens of the quantum world, light also has a wavy side. For example, two photons can interfere, reinforcing each other or canceling out just as two waves would. A solitary photon can even interfere with itself, a feat that’s possible because photons can live in a quantum superposition. Whether photons act like individual particles or waves all depends on the question you pose—that is, the measurement you make—so scientists usually just say that photons have a dual nature. (It’s like asking, “Is he Bruce Wayne or Batman?” The answer is both, but it really depends on what outfit he’s wearing.)