They represent the way quantum things are right now and how they might change.

Quantum states change by a different set of rules than classical states. For example, classical waves can't climb over a barrier that's too tall, but quantum waves can.

The word "state" pops up in many places. We speak casually of a state of affairs or our state of mind, and every year Americans can tune into an address called the State of the Union. In all these cases, "state" means something like "the way things are."

Scientists use the word to mean basically the same thing, but instead of talking about the state of people or places, they’re usually concerned with the state of stars, planets, atoms or any number of other physical systems. The states of matter that we learn about in grade school—solid, liquid and gas—are a familiar example of this more sciencey meaning.

But states don’t only describe things in the present. They tend to change over time. Water can boil, condense, freeze and melt—it’s a shapeshifter, taking on different states depending on the temperature. And it’s this relationship between state and time that’s most useful to scientists.

At any given moment, the state of a physical system is like a container that holds all the stuff we know about it. For a tennis ball, this could be its position and speed as it flies over the net. For some water molecules, it could be whether they are a liquid or a solid. In the case of a single atom, the state would most likely include the value of its internal spin.

For centuries Newton’s laws were the go-to tool for calculating how the state of a system acts and reacts to external forces. The laws allowed you to plug in information about the initial state, crank through some math, and discover what might happen in the future. In many ways, the business of physics is to test whether these predictions about future states match up with the observations of experiments.

But as scientists began looking at smaller and smaller things, like atoms and electrons, they saw that the predictions no longer matched their measurements. In the last 100 years, scientists actually had to construct new mathematical machinery, like the Schroedinger equation, to understand these quantum systems. The overhaul of the math was necessary to capture all the richness (superposition, entanglement, spin) of the quantum world.

With this new set of tools, scientists still follow the same basic procedure when studying physical systems. Now, though, they start with an initial quantum state, crank through the Schroedinger equation, and produce predictions of a quantum system’s future.

So besides the math, what’s truly different about a quantum state? The behavior of a quantum object is probabilistic (we talk about this in our entry on the differences between the quantum and classical worlds). This basically means that there’s usually more than one possible outcome of a measurement, and a quantum state captures the full range of these possible measurement outcomes. A single measurement gives a random value selected from the options encapsulated by the state, and it’s impossible to know ahead of time (in general) what that will be.

In practice, it’s possible to run the math in reverse, too. Instead of using the state to predict the chances of getting certain measurement results, you can make lots of measurements and infer the state that produced them. This reconstruction is called tomography, and it’s an important tool in validating the kinds of quantum information devices that will exist in the near future.

A Tale of Electrons and States 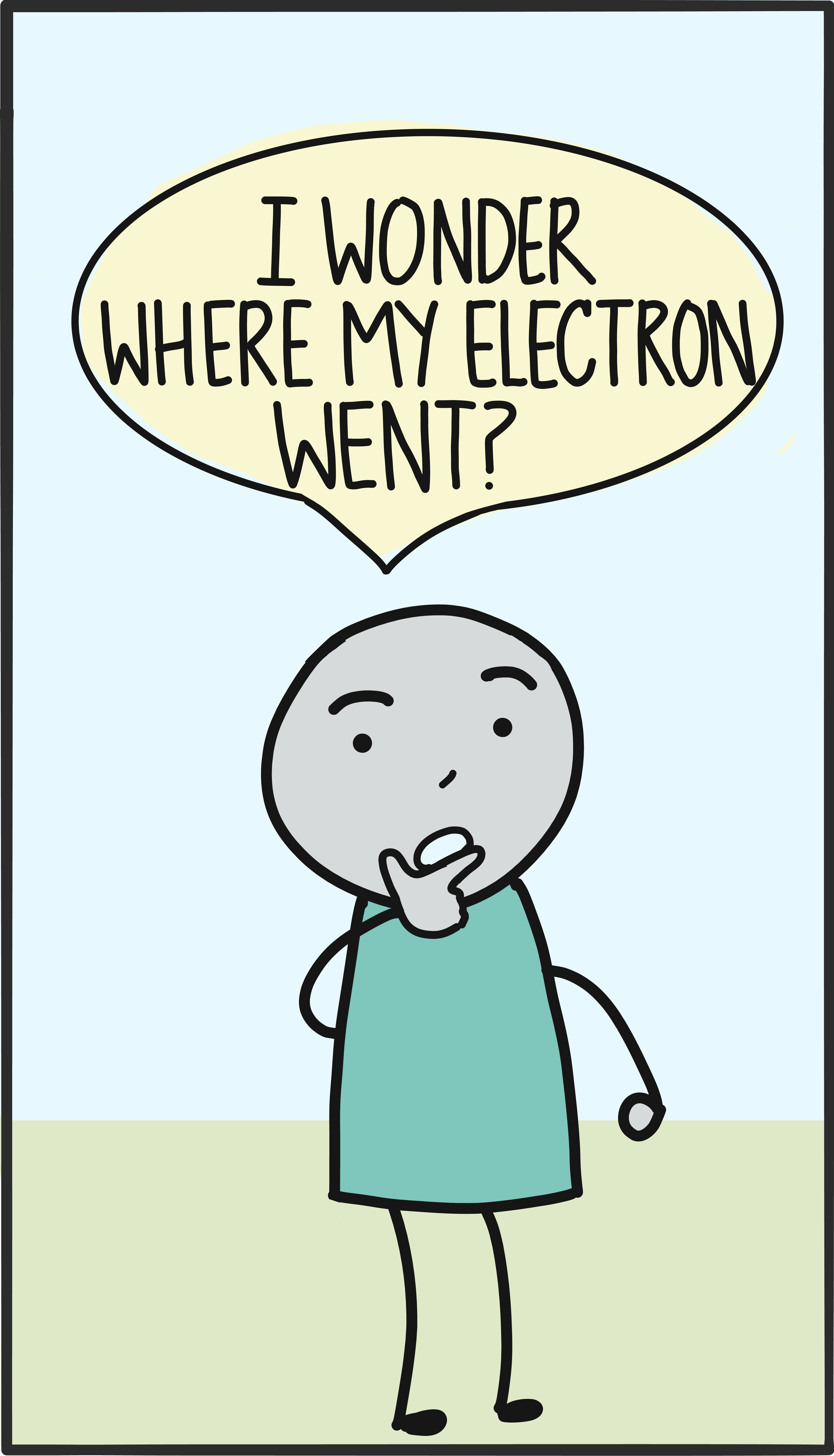 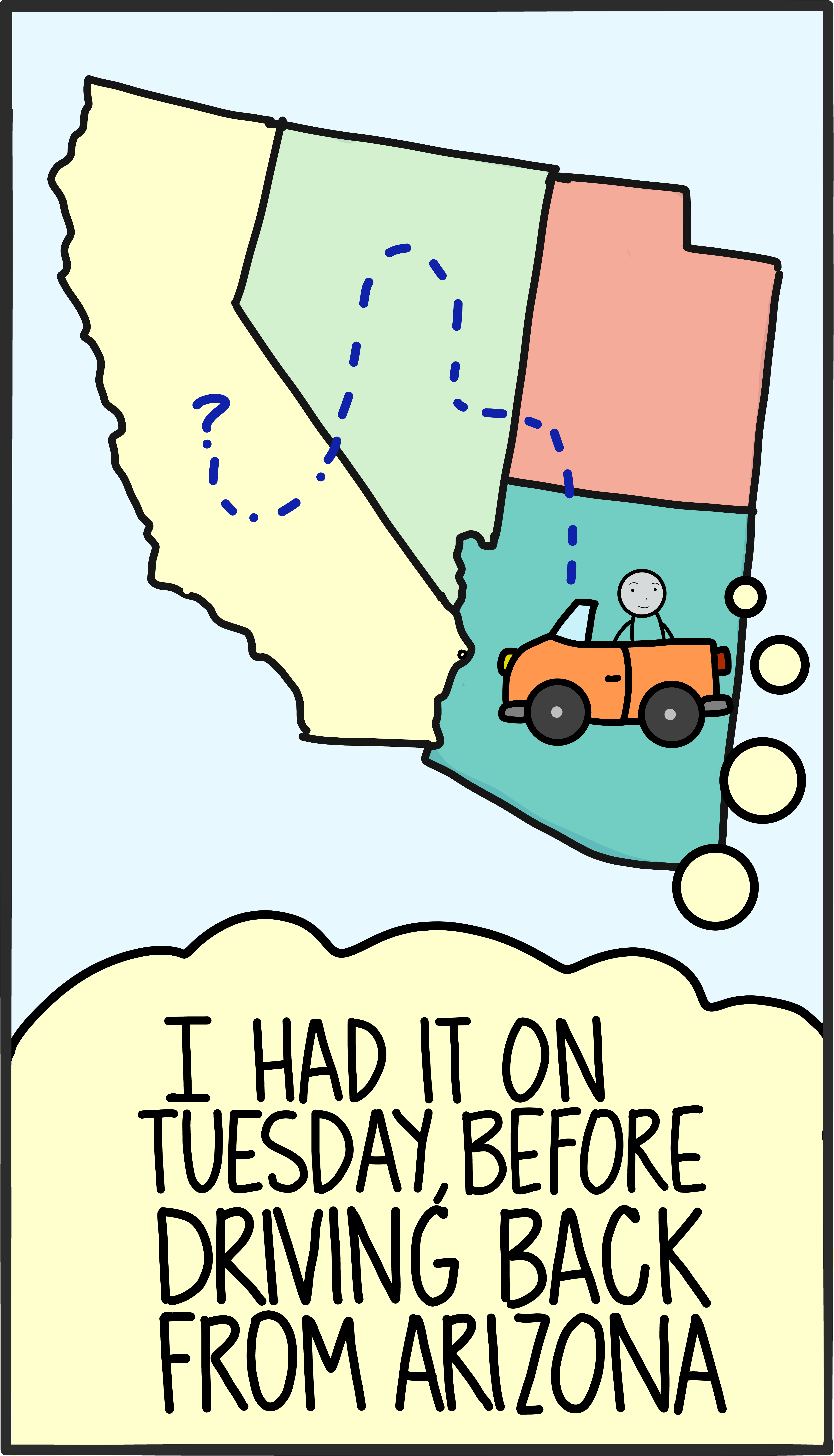 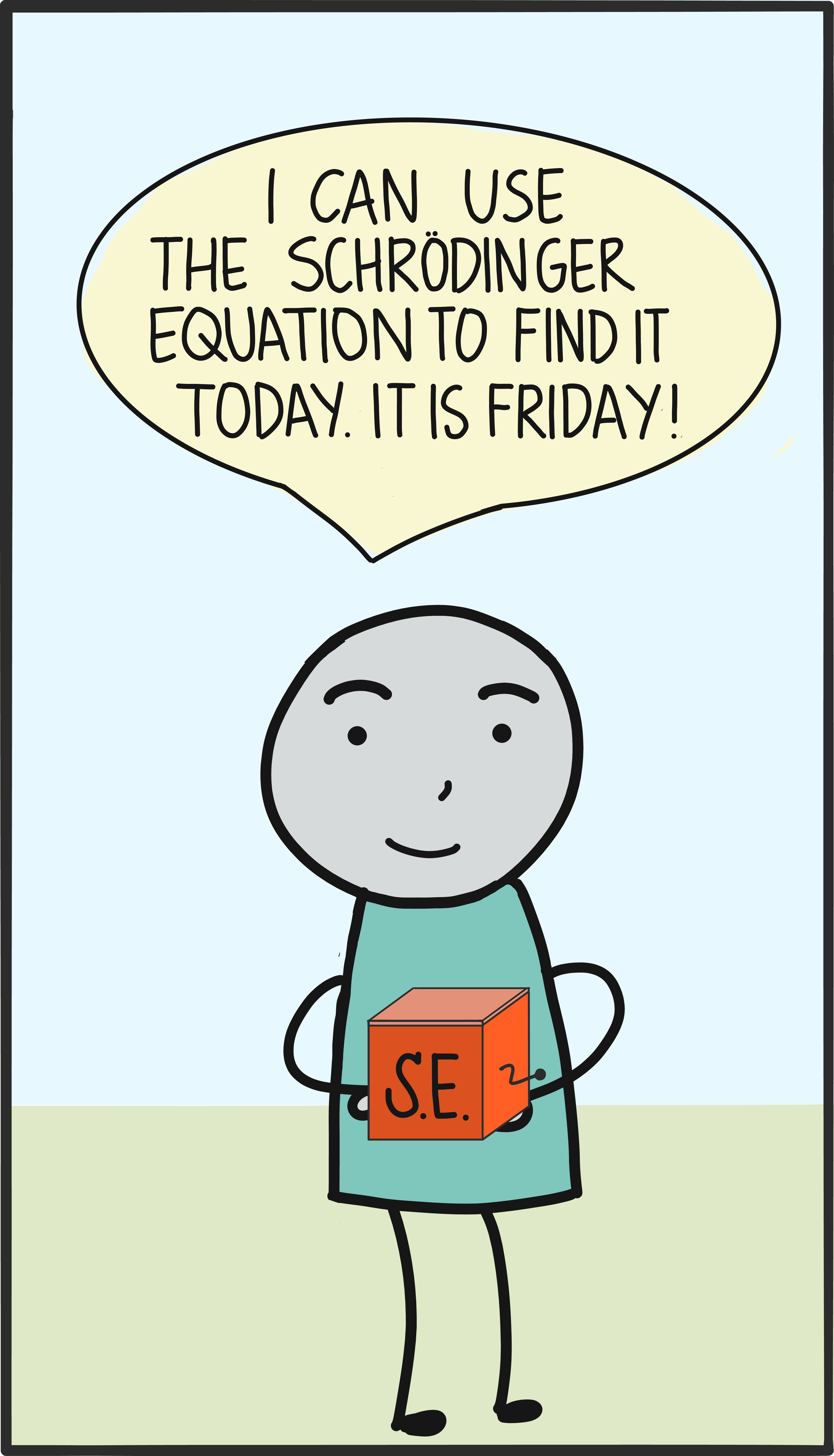 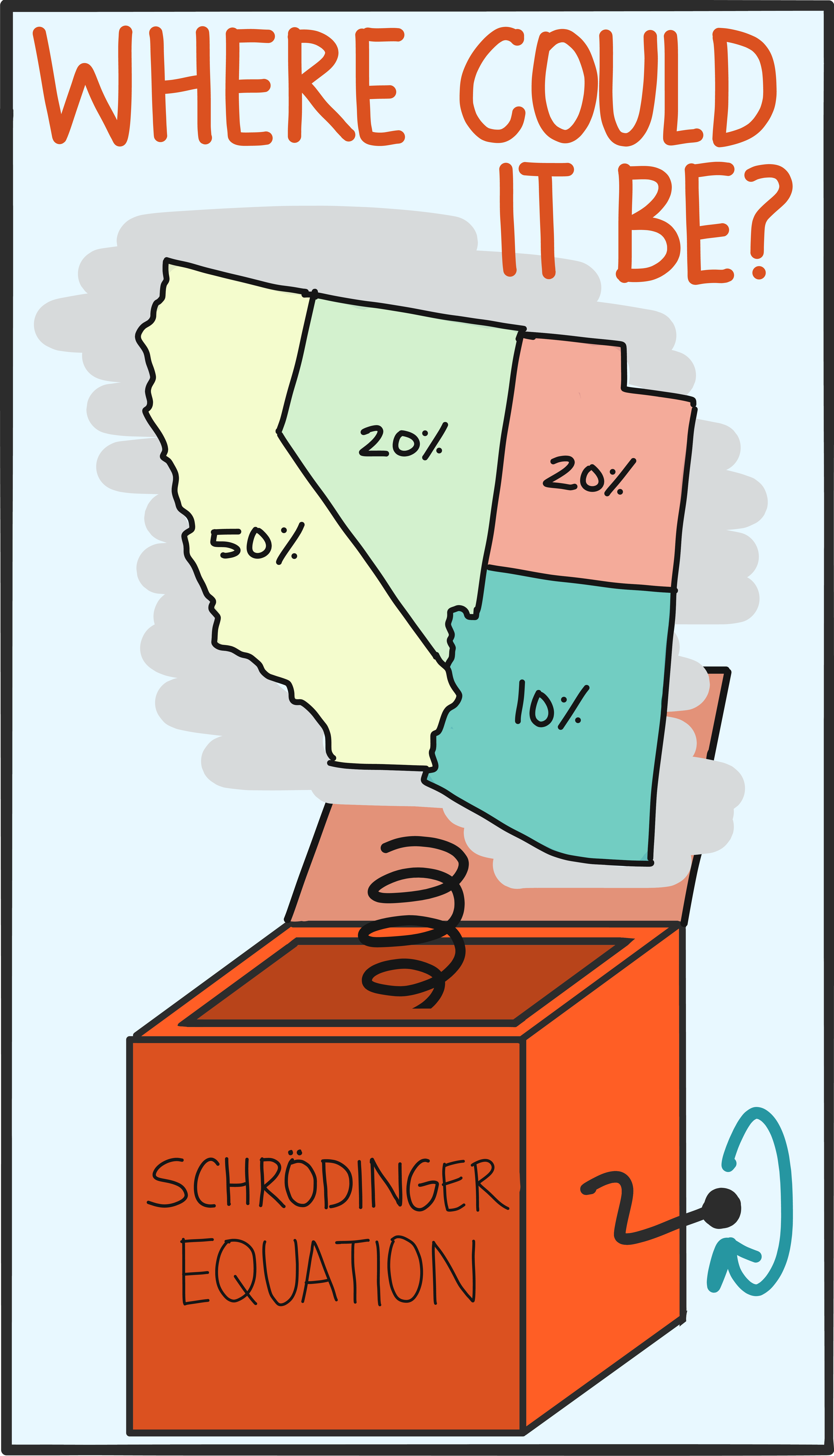 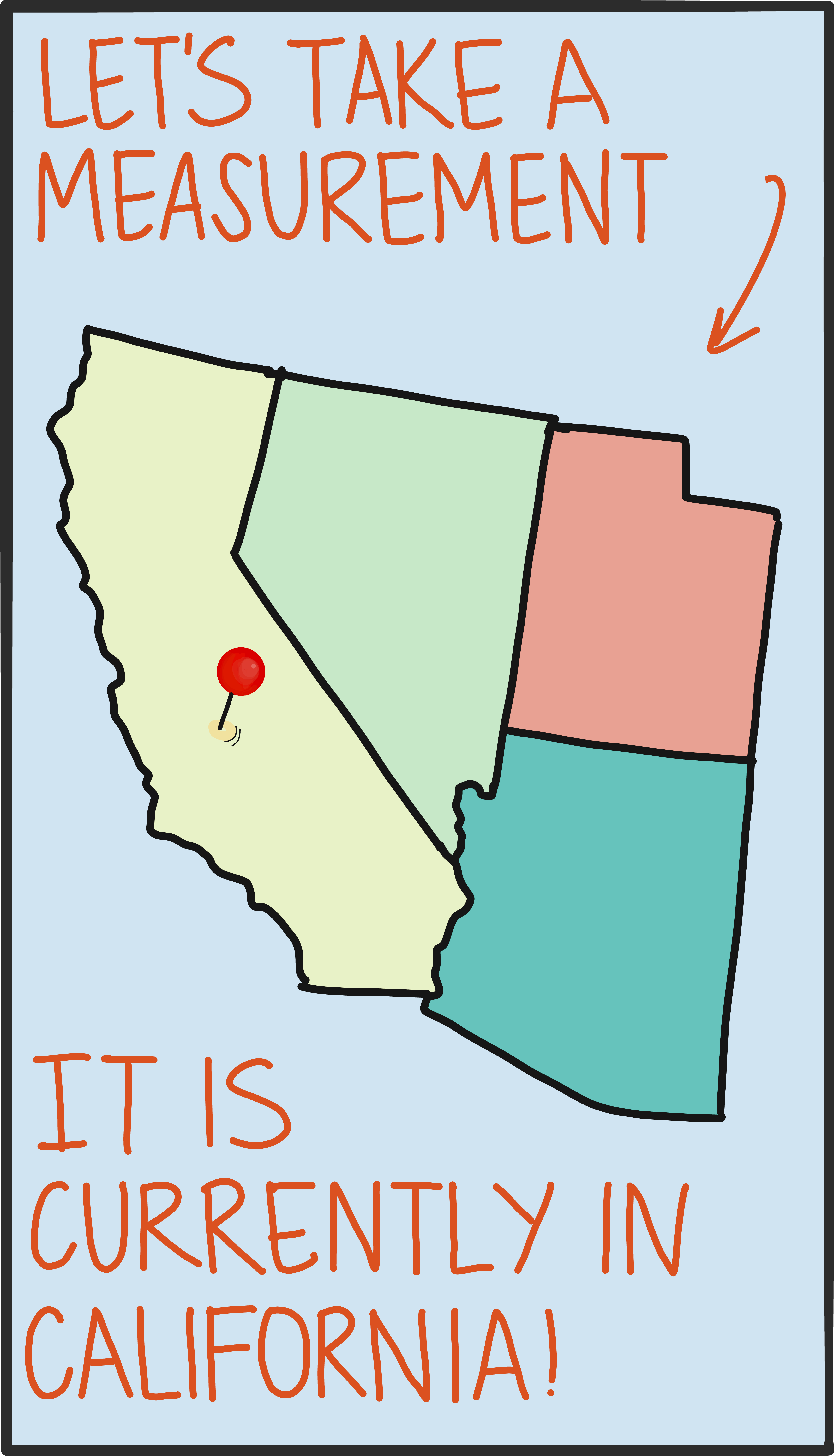 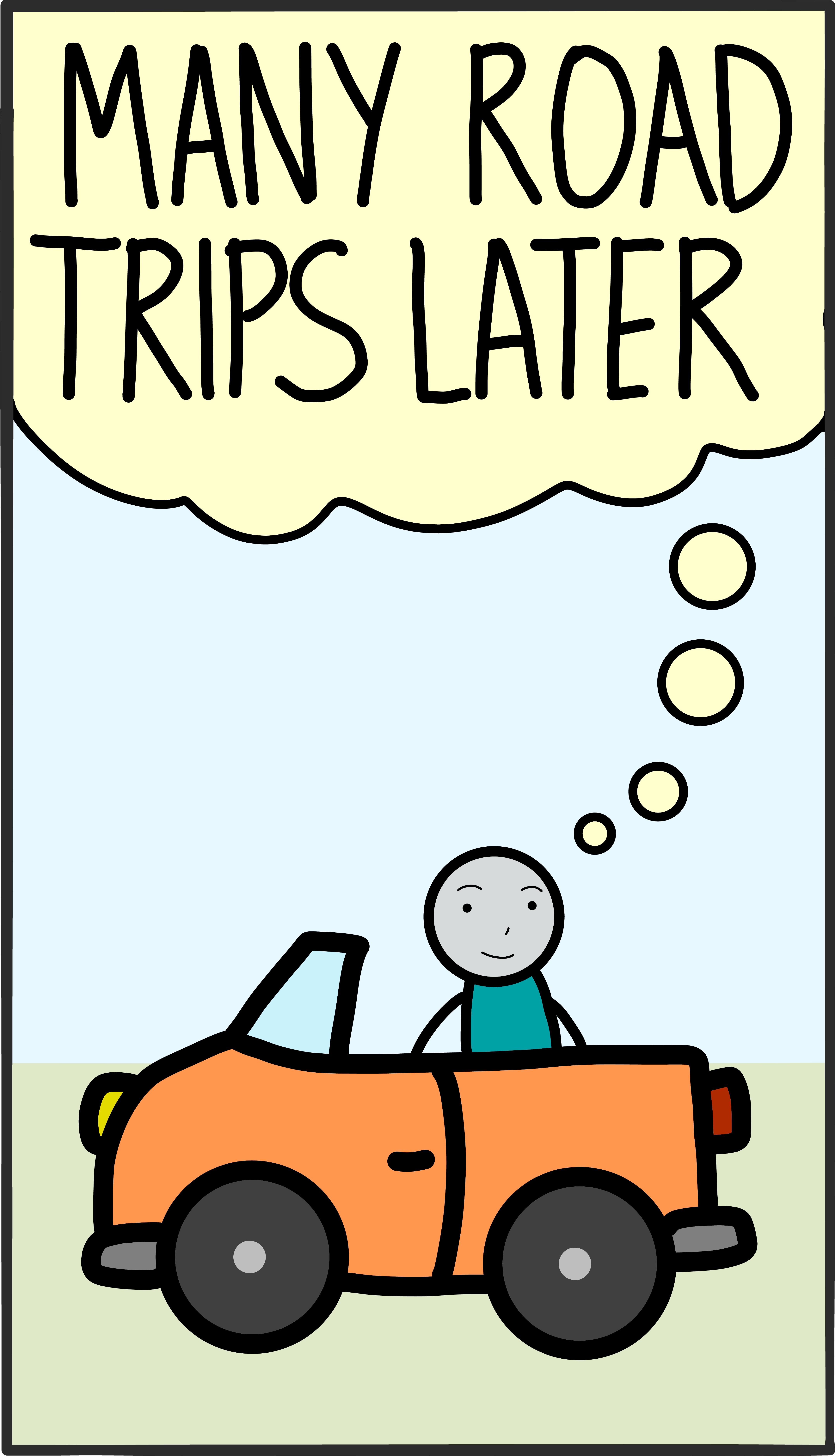 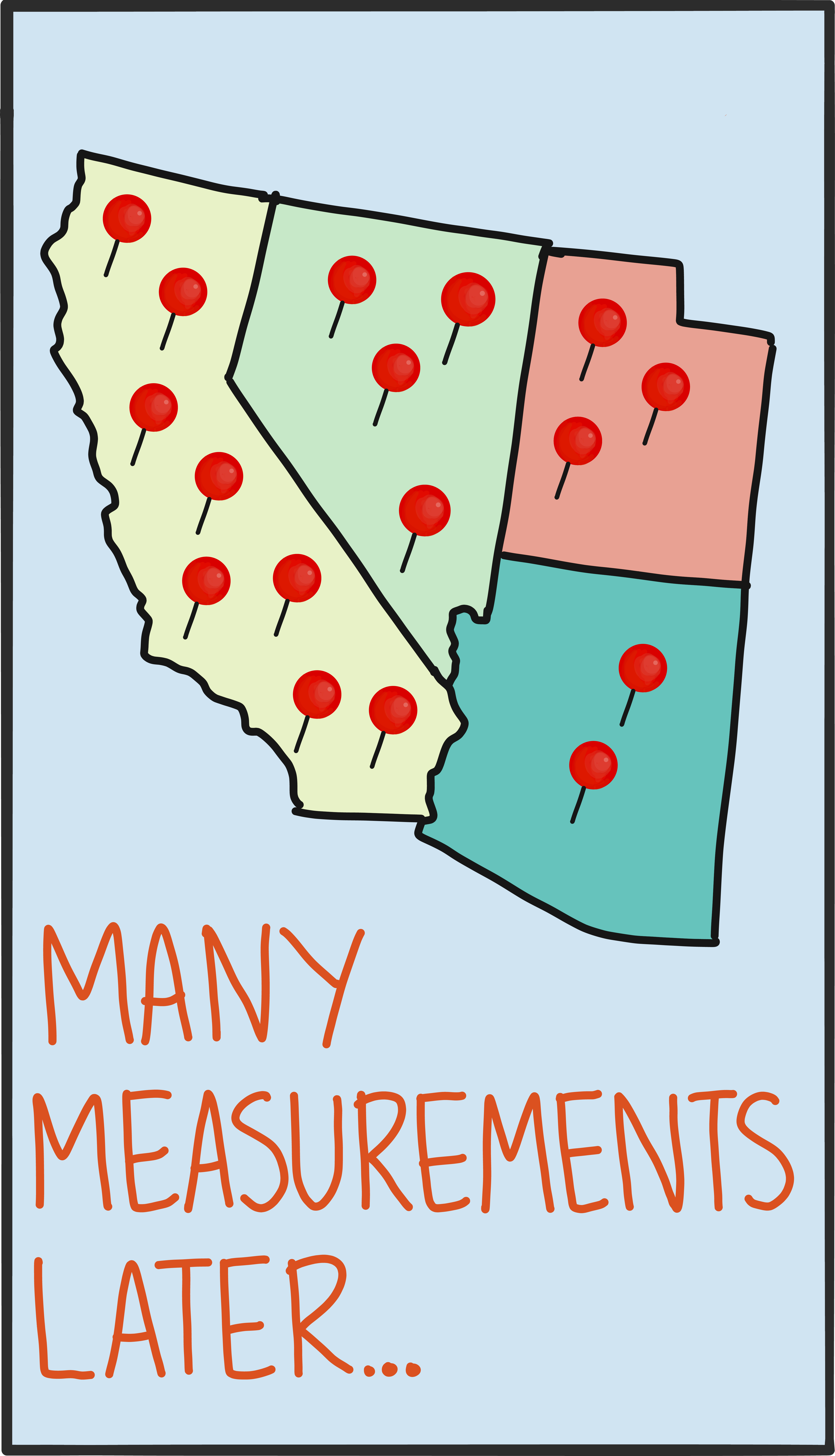 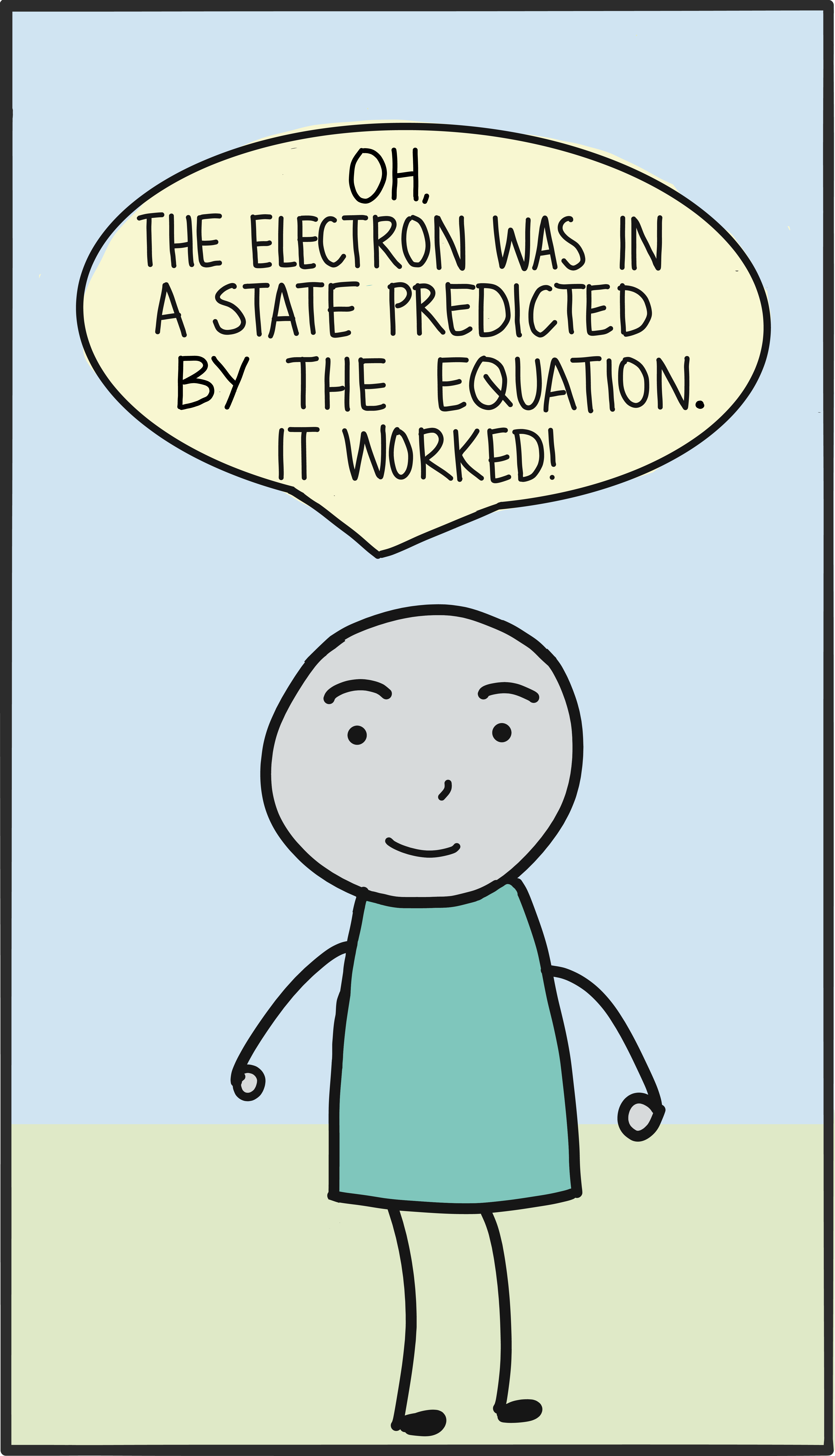